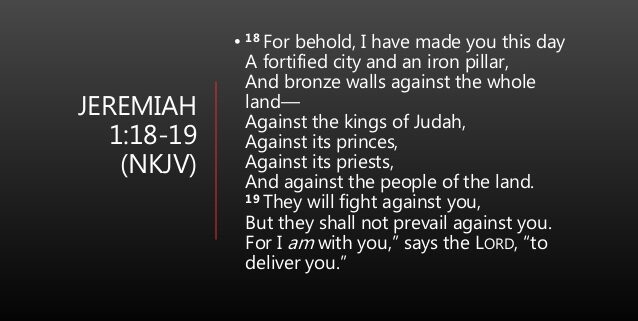 The prophetic is a team ministry. Most people think prophets are a strange breed. When you look at Old Testament prophets, you might think that a prophet is a loner, a man called by God to speak His words and to display His heart to the people. Just look at how Jeremiah was called:

In this account, it’s easy to think a prophet is the one man against all odds. However, this “one man” is a false impression of the prophetic ministry. Even in the Old Testament, the prophetic is often a team ministry, as evidenced by the school of prophets.

Even in the Old Testament, there were already prophetic teams. There were schools of prophets in Jericho, Gilgal, Ramah, Bethel, and Gibeah. I give a more in-depth history and exegetical analysis for this in a different book. Nevertheless, we often saw groups of prophets ministering the word of the Lord. It is quite clear from the Bible itself that the prophetic ministry is a team effort.

Nevertheless, we often see groups of prophets ministering the word of the Lord. It is quite clear from the Bible itself that the prophetic ministry is a team effort. Elijah, in the earlier parts of his ministry, was a loner. He got depressed and believed the lie of the enemy that he was alone.

Elijah fled in fear to a cave in Horeb. He had a spiritual meltdown. Twice in 1 Kings 19, he was saying he was the only one left, but the truth was God preserved 7000 other faithful men (1 Kgs. 19:18). Alone, the prophet feels distressed. A prophet, like any other person, needs the support of other people. As a human being, a prophet is still a social being.

Our template, the model of a prophetic person, is in the New Testament. We see it in the person of Jesus. Jesus had a team. Yes, he withdrew to spend personal time with the Father, as we all should. However, Jesus did everything with a team of people around him. As a prophetic people, we must value the community of believers we surround ourselves with. It’s dangerous to be alone as a believer.

Let’s face it, you cannot spend quiet time with God 365 days a year, 24/7. If this was God’s plan for you, He should have taken your life the moment you got saved. No, you are called to go and to make disciples. An essential key in fulfilling this mission is to be with other believers. Without other people, we can easily fall into the trap of the enemy, as Elijah did. Without faithful friends in the Lord speaking life into our spirits and sharing their wisdom with us, it’s easy to believe the lie of the enemy and to be self-centered. Elijah is a wonderful and powerful prophet, but he is not Jesus. Jesus is still the highest standard of what a prophetic person should be.

Who are three prophets you consider friends? Name them and define how this person is important in your spiritual walk and your prophetic ministry.

Power and Protection in Numbers
Scroll to top