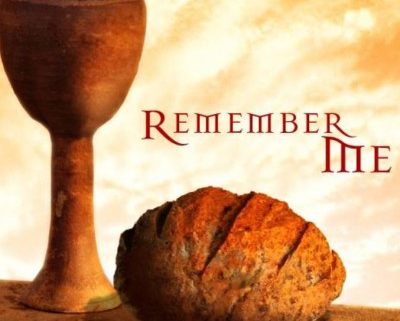 According to Walter Rauschenbusch, “Human labor beautifies nature.” How could one disagree? Nature in itself possessed a particular divine beauty; however, when man tills the ground God gave him, the land itself becomes uniquely fertile and produces life. God gives man grain; man harvests this grain and, with his labor, he produces bread. God gives man grapes; man harvests these grapes and, with his labor, he produces wine. The institution of the Lord’s Supper by our Lord utilized both bread and wine, representing the role of humanity in laboring to beautify the nature which God so ordered (see Matt. 26:26-29).

The Bible extensively promotes the belief that mankind should labor to further beautify the Lord’s creation. In fact, Paul says, “Anyone unwilling to work should not eat” (II Thess. 3:10 NRSV). This command understands handicap and incapability, but as a rule of general equity, keeping it in mind is important. The gospel, though it offers peace and freedom transcending all understanding, is one of divine labor. In ancient times, the serfs, laity, and peasants had lifestyles which were predominately agricultural in nature.

Likewise, many of the ancient Hebrews were farmers. However, food was not as plentiful then as it is now, as there were no vast grocery stores and food one took was locally grown and sourced. Besides that, the weather was the artificer of good crops, water was derived from a common well, and famine meant certain death. The ancient Hebrews had a culture which thrived due to its reliance on the earth. This is seen further in the imagery of Israel being fed by rain from the heavens and the phenomenon of grapes growing so large that two men are required in order to bring them back home (Deut. 11:11; Num. 13:23).

The industrialization of the world has brought an end to the beautifying aspect of agrarian work. It has also ushered into the world a fast-paced, never-ending stream of constant labor without producing any meaningful offering back to God. In the world of industrialization, God gives man grain, but man consumes it only to demand more.

Industrialization is not a real friend of divine beauty. “If profit beckons,” writes Rauschenbusch, “the beauties of nature are blotted out without remorse. If profit beckons, art is used, but only to be soiled somewhat. For the real development of beauty, we need communities that have wealth of their own, a great public with leisure and culture enough to enjoy art, and a working class with leisure and vitality enough to develop the artistic talent in gifted individuals.”

Rauschenbusch therefore proposes a solution that is fairly simple: we must relocate the value which we, as humans, attribute to the industrial world; that is, the business and fast-paced style of commercialism must be countered by an authentic community-building by the Christian people. Our wealth as a people cannot be defined by corporations and manmade institutions, or else we will ultimately fail to be spiritually satisfied. Quite the opposite! As Christians, we must unite and create communities which, although they exist in the modern world, possess God’s authentic and divine beauty.

What is your role in creating a world of authentic and divine beauty in the modern world?

SUBSCRIBE
GOD’S SUPREMACY OVER THE WORLD IN THE PLAGUES

HALL OF FAITH
Scroll to top