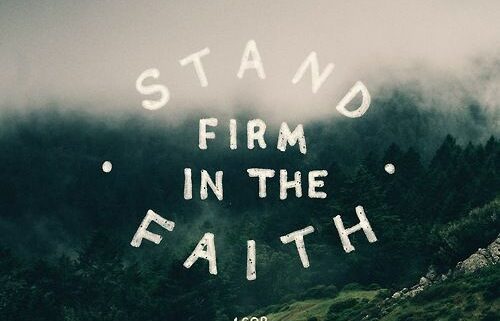 People will question and doubt your assertions – especially if they are rather different from what others claim. However, our assertions should turn into action. Here, we see Jesus being threatened to be stone if he continued making claims as he did, and yet he went on and stood firm. He didn’t falter he didn’t change his mind about what his assertions and beliefs were in spite of the threats and the dangers that came with standing up for who he truly was.

In the same way, we will encounter opposition and it may not be as extreme as what they went through back then. While there will certainly be detractors and there will be verbal and maybe social persecution, it would be rare to have someone or a group of people in modern-day America openly flog you and crucify you for your beliefs. We would probably cry out human rights and find a way to prevent such a thing from ever happening again.

That is such a privilege for us, for in other nations people can’t even mention the name of Jesus Christ. As much as they want to, they cannot lay claim and say that they are Christians. Even if they want to disprove or debate with someone, if they want to assert their beliefs, they would have to literally lay their life on the line. Even in this day and age, such things exist. We may not be directly affected by these incidents, but it would be helpful to know that these are still going on, not just so we could pray about them, but also so we could embrace the freedom and privilege that we have to be able to assert whatever it is that we want to assert.

The Example of Christian Speech-Act of Faith
Scroll to top