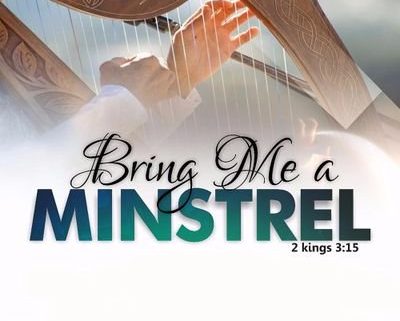 In other words, music creates a space by which prophecy can flow. Old and New Testament prophets are different from each other because not everyone has the Holy Spirit. The role and authority of the prophets have decreased in the New Testament because individual believers can receive a prophetic word from  God for themselves. In the book of First Samuel 10, there is an account of a group of  prophets prophesying about Saul and his future kingship. In Verse 10, when they came back to the hill, there was a group of prophets to meet Saul. The Spirit of God came upon him and he prophesied among them—because he was in the presence of these prophets. What else was present?

The group of prophets were at the Philistines’ garrison, which Samuel called as the “hill of God.” It was the favorite meeting place for prophets during this time. It was so common to pass by the hill and hear the prophets playing musical instruments.

“After that you will go to Gibeah of God, where

there is a Philistine outpost. As you approach

the town, you will meet a procession of prophets

coming down from the high place with lyres,

timbrels, pipes and harps being played before

them, and they will be prophesying. (1 Samuel

It was like a prophet band; a music team made out of prophets. The musical band of prophets, over which Samuel was the leader for, understood that in order to tap into the prophetic flow, there should be music. Music does something to a person’s soul. It opens up a person’s spirit, not necessarily to prophecy (e.g. creativity or inspiration), but it is one of the flows that can open up to you.

When Elisha was asked for a word from the Lord, what did he do? He asked for a musician to be brought to him (2 Kgs. 3:15). When the musicians were playing, the hand of the Lord came upon Elisha and he prophesied. This instance was the time when there was a fight going on and the king of Judah asked if there was a prophet whom they can seek a word from. Elisha said yes, but he asked for musicians first. It was understandably difficult to organize a band in the desert, but somehow, they were able to comply. Elisha tapped into the prophetic river and he prophesied.

King David was also a musician himself. He always sang. He sang even when he was sad. As a result, he tapped into the river of prophecy. In Acts 2, the author called David a prophet. David had a secondary call. Aside from being called to kingship, he was also called a prophet.

In Acts 2, Peter quoted a prophetic word from the Book of Psalms. In fact, the book of Isaiah and the book of Psalms are the most quoted books in the New Testament because they are full of Messianic prophecies. In Acts 2: 29-30, Peter said, “Men and women let me speak free to you of the Patriarch David that he is both dead and buried and his tomb is with us to this day.Therefore, being a prophet.” David tapped into the prophetic flow through his music. There were things he sang about in his psalms that he did not fully understand, but he indeed moved in the prophetic.