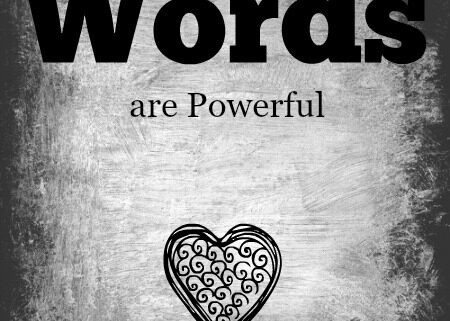 Let’s look at the story of Joseph in the bible. Joseph had lived rather peacefully with his brothers and other family members for several years. But the day he rose up to begin to discuss his dreams, a lot of opposition arose from people who shared the same family name and even table with him. Opposition arose from his very own brothers. Scripture tells us that they hated him the more because of his dreams. Nothing good comes easy. For anything meaningful to be achieved, there has to be some measure of sacrifice involved. For Joseph, God had to relocate him into an environment where he would be able to nurture his dreams and run with the vision that God had revealed to him.

Sometimes the way we talk to ourselves and the words we use go a long way in affecting our disposition to certain things in life. A lot of people are forever wanting and wishing to achieve something, but they have never really gotten around to doing anything about it. They are talking about that dream, they are hoping to do it in the near future. But the reality is that they never get to do anything, because they never decide to take action.

They never make it a matter of “must” to do what is expected of them. Until a task becomes a “must” for you, you may never do anything about it all your life. Those who make a difference in their generation are men and women who chose to give themselves totally to God’s purposes and dreams for their lives.

The words and language we use can influence our perception of reality. Words are powerful.

The words and language we use can influence our perception of reality. Words are powerful. When the children of Israel were going to the Promised Land, Moses got to a point where he had to send in spies to go check out the Promised Land. When the men got there, they all came back with two different reports. Many of them returned to say that there were giants in the land and that they stood no chance of conquering the men that currently possessed the land.

This was the same land that God had told them was to be theirs. However, Joshua and Caleb believed differently. They had faith and confidence in God that they could actually take over the land. Scripture records,

“And they went and came to Moses, and to Aaron, and to all the congregation of the children of Israel, unto the wilderness of Paran, to Kadesh; and brought back word unto them, and unto all the congregation, and shewed them the fruit of the land. And they told him, and said, We came unto the land whither thou sentest us, and surely it floweth with milk and honey; and this is the fruit of it. Nevertheless the people be strong that dwell in the land, and the cities are walled, and very great: and moreover we saw the children of Anak there.”
(Numbers 13: 26-28, KJV)

They did not believe that they could ever possess the land. Sadly, the report of the majority prevailed and the people believed the evil report more than the report that Joshua and Caleb brought concerning the Promised Land. What we hear can influence our behavior. This is why it is very important to watch the things that we receive or listen to. We must ensure that the words we listen to are words of faith and that they are from God. When we listen to the wrong things, we begin to react and respond negatively.

Despite the negative feedback, Joshua and Caleb still stood their ground. They saw through the eyes of faith. They saw the ability of God and not their own helplessness. God helped them to be able to see that His promise that they will inherit the Promised Land will become a reality despite the greatness of the opposition that lay before them.

God can do anything
Scroll to top