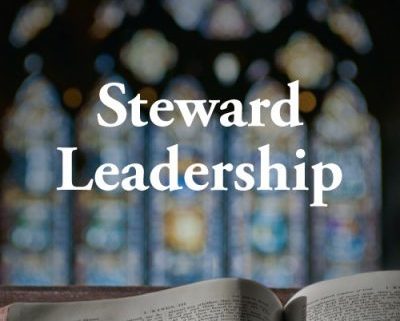 Leaders who have actually made a difference in the world exhibited some form of custodian or stewardship. These are the leaders who sought to serve rather than protect or gain self-interest. People have looked to them for guidance and direction even in times of indecision, turmoil, or trouble.

There was this man named Cincinnatus who lived in the 5th century B.C. in the Roman republic. He was a farmer. When the Roman army was surrounded, they called upon this man to lead them into victory. McKinney (2009) said, he came, he saw, he conquered, and then he went home and went back to plowing his field. He gave up the reins of power and went back to his plow when the task was done and the crisis was over.  True leadership is about selfless action. It involves taking yourself out of the picture and considering the needs of the group as a whole. It is a mindset that involves thinking about what other people need into account when even your own needs are pressing. Now we ask, does this kind of leadership still exist in the world today? The answer is yes. How, you ask? The answer is simple: It’s everyone’s business to create this kind of leadership in this world. This means, it’s your business too.

Wherever you are, whether you are involved in the government or business, guiding young minds, leading a family, a sports team, or a committee, a class project, or a carpool, everyone has a leadership role to play. We are thrust into many different leadership roles again and again, throughout our lives. We are all responsible and accountable for the groups we belong to. We are all leaders.  (McKinney, 2009)

The term “custodian” is the same as the word “steward” as it is used in the Bible. The steward watches over whatever is placed under his or her trust by the one who owns it or for those who will benefit from it.

Stewardship is a service performed for others. It is not about ownership or control. It is not a technique. It is who and what the leader is. It is an attitude—a state of being—a way of looking at the world. But it is not the passive, hands-off leadership that some have attributed to this way of thinking. It is a component of leadership without which leaders cannot fully function. (McKinney, 2009)

When we talked about leadership that follows a stewardship approach, this means that leaders do not take away the freedom, choice, accountability or responsibility of the followers. Just as the leaders should serve and protect the welfare of those they lead, the followers must be enabled to do the same thing. The followers must also operate in the mindset that they must act in service and selflessness. This creates a kind of self-leadership at all levels of the group. Moreover, McKinney (2009) noted how this promotes an environment where each member of the group is empowered and motivated towards the good of the whole group, because it is in the best interest of all.

Block (2013) described stewardship as, “an umbrella idea that promises the means of achieving fundamental change in the way we govern our institutions” (p. xxiv). In the old days, a steward was someone who protected the kingdom while those rightfully in charge were away. A steward was usually placed in position to govern for the sake of an underage king. Looking at this historical concept of leadership, the “underage king” in our present context is the next generation. We choose service over self-interest because we intend to build the capacity of the next generation to govern themselves (Block, 2013). Stewardship is about the willingness to be accountable for the well-being of the larger organization by operating in service, rather than in control, of the people around us.

The Group Word
Scroll to top