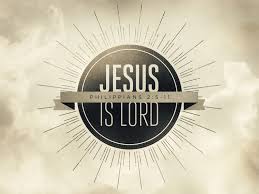 The Greek word Krios means “Lord.” Technically, this word does not denote deity; instead, it denotes a person who has authority over someone or something. If you think about it in practical terms, can you count the times your employer or your biggest client actually has shown more authority over your life and your decisions than Jesus does? Jesus is a God. He is God of everything, yet a lot of times in our lives, we fail to treat him as the final authority.

In the ancient world, slaves referred to their masters as Kyrios (Greek) or Dominus (Latin). In the Gospels, when Jesus is addressed as “Lord,” it often means “Sir” or “Master.” However, there are other accounts when the designation of Jesus as “Lord” is clearly intended to reveal his divine identity.

When the Apostle Paul called Jesus the “one Lord” through whom all things come (1 Corinthians 8:6), he was actually referring to how the term “Lord” was used in Deuteronomy 6:4. Moreover, when Paul wrote, “Everyone tongue should confess that Jesus Christ is Lord” (Philippians 2:11), he is cross-referencing Isaiah 45:23. Paul used YHWH-language to distinguish Jesus as the “Lord.” It starts with the language we use to call on God. Out of this declaration, if we are genuine in our words, our thoughts and actions follow.

The Lordship of Jesus was not just a doctrinal formula. His Lordship permeated the witness, work, and worship of the early Christian church. The book of Acts will show you that baptism, thanksgiving, prayers, hymns, and celebratory meals all take place within the context of their devotion to Jesus Christ as the Lord.

In the context by which Paul and the Apostles wrote their epistles, note that calling Jesus is Lord is a subversive claim. The Romans in the first century venerated Caesar as “lord” over the realms he ruled both in political and religious levels. The worship of the emperor all over the empire was imposed to ensure the devotion of the subjects. Poems, coins, and art could be found in celebration of the emperor as a “god.” You can see artifacts that read, “Emperor [Augustus] Caesar, god and lord” or “Nero, the lord of the whole world.”

In the present day, proclaiming Jesus as Lord does not seem to hold so much meaning. Therefore, we must reevaluate what it means to proclaim Jesus as Lord. Has the term “Lord” become a lifeless word in the Christian vocabulary? Have we thrown it around so much that we do not see the weight of this word in in the way we live our lives and in the way this word impacts our identities? If the title “Lord” has lost its reverence to us, then it also has lost its power to transform our lives.  It would be a travesty if it were so, because the acclamation of Jesus as Lord is no empty confession or vague religious cliché.

Declaring “Jesus is Lord” is a critical claim in our lives. It is the single most important confession that a person can make about who Jesus is and about his or her relationship with Christ. In order to identify Jesus as Lord, one must recognize God the Father as the One who appointed the crucified and risen man, Jesus of Nazareth, as the master and commander of the universe.

To acknowledge that Jesus is Lord is not just a matter of saying something with one’s lips or lip service; it is about surrendering one’s heart and bowing down (metaphorically and literally) to Jesus. It is also about recognizing him as having the ultimate authority over all things. At the center of the theological universe of the New Testament it is simple: “Jesus reigns.”

As a believer,  learn about authentically living a life with Jesus as Lord.  Archbishop Jordan’s book, Prophet in the Marketplace is now available via the Book of the Month Club.

Not only does the Book of the Month Club provide a pathway to knowledge, wisdom and insight, it also sets you up to be in attendance at the Spring Session of Prophecology 2018: Birthing House: The Latter Rain, February 23-25, 2018.

Go to and join the club now!

What does it mean to declare Jesus is your Lord?