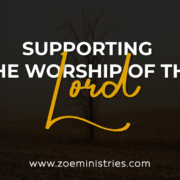 Using the specific word “portion” means the author is attributing the portion of the gift exclusively to ordained ministers.

The meat from the peace offerings is one of the main means for supporting the work of the Lord. As an Israelite who is making his offering, he gave the breast and thigh of the animal to the priest as their portion of the celebration. In Leviticus 10:35, the word “portion” occurs only in this passage in the whole Testament. “Portion” is directly translated to mishchah; the same term also means “anointing oil”.

The word is carefully selected by the author because it is translated as “anointed” in verse 36.

This verse pertains to the ordination service of the priests who received an anointing oil as a sign of their unique role. Using the specific word “portion” means the author is attributing the portion of the gift exclusively to ordained ministers.

The order of distribution of the gifts communicated the divine means by which they practice aspects of the worship is provided.

The worshipper sets apart the fat with the breast and lifting up the breast heavenward and this motion represents the declaration that these gifts were transferred from earth to the divine realm.

The distribution of the animal’s parts communicated the way by which God supported operation of the sanctuary, which we can relate to the famous Christian saying, “if it’s God’s will, it’s God’s bill.”

The Lord described burning up the fat, which was the portion that was reserved exclusively. The worshipper personally hands over the breast part to the priestly family for their portion. The worshipper also took the right thigh and gave it directly to the officiating priest for his personal portion.

The distribution of the animal’s parts communicated the way by which God supported the operation of the sanctuary, which we can relate to the famous Christian saying, “if it’s God’s will, it’s God’s bill.”

The layperson was offering contributions to the Lord, not to the priest per se. However, it was the Lord who reassigned the select portions for his ministers so that they can obtain their daily livelihood.

This provision for the servants at the tabernacle was continually supplied by the Lord (vv. 34, 36).

The truth of the matter is the priests had no other means of income. As most pastors today, they were totally dependent upon the Lord to provide for their needs. How did the Lord provide for them? He used the contributions to Him to be shared with His ministers.

Paul’s epistles showed how he taught his churches to give liberally from their resources (1 Cor. 9:13, 14)

How can we say we have truly given ourselves, our families, and our destinies into the hands of the Lord if we cannot entrust the Lord with our finances. Is money even an issue to the God of the Universe? 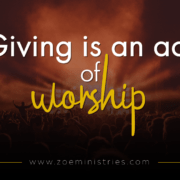 The offering is collected as part of the worship service because giving is an act of worship.

The church member is not paying the price of admission or paying our dues. We are offering something to God as an expression of our adoration and praise We are dedicating our wealth to God by giving back the portion God commands to be given back. Psalm 96:8 says, “Praise the Lord for the glory that belongs to him. Bring an offering and come into the courtyards of his temple.”

Bringing an offering is one of the best ways to express our devotion to God. It is something you do, not just something you say. It’s the walk that backs up your walk. When we bring in our offering, God is not only glorified but we are also blessed in the process. It’s already a blessing to participate in God’s work, but to actually receive material blessings because of our giving is truly out of God’s abundant love for us.

If you think about it, everything we have belongs to God already, and He would be well within his rights to take it back. Instead, God allows us to offer it to him as an act of worship. Imagine a father who gives his children money to buy him a birthday present. The kids are delighted to do this for this father because they love him.

When he opens the gift, he is getting back his own money’s worth. But the giving of the gift is significant for the father-child bond. It’s like that with God. and not about the money or where it came from—it’s about the love that the children express for their father.

It’s not about the money or where it came from—it’s about the love that the children express for their father.

God is the same with us. If He wanted to, God could have performed a miracle and simply built the tabernacle before the people’s eyes. Why did He have to instruct them through the processing of collecting an offering, and building? God wanted to build a relationship with His children. He wanted to go through this messy, teaching process so that the children can know their Father’s heart.

God gave the Israelites an opportunity to contribute to its construction. Throughout the bible and human history, this is how God usually works: He gives people an opportunity to participate. Although people can never repay Him, believers can offer themselves for His service.

35 They did just as Moses had directed them. They asked the Egyptians for things made out of silver and gold. They also asked them for clothes.

Aside from this, the Israelites brought wood from trees that God caused to grow from the land. They brought cloth that came from animals God put in their flocks. There was nothing Israelites could bring that did not come from God, to begin with.  God is the Ultimate Cause, and they were brought in everything that God caused to exist.

The Israelites are a nation of slaves, a people without money or power. Like us, unless God gave them something to bring, they would have nothing to offer. They would be incapable of bringing in an offering.  But out of the riches of his grace, he provided something for them to give. Some people withhold the offering that God already gave them the capacity to bring in. God has given us the resources to respond to His grace. Whenever we bring an offering, we are simply giving back a portion of what He has already given to us. 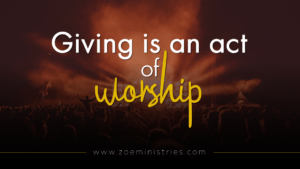 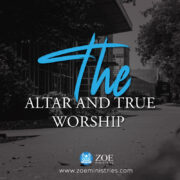 From the very beginning, the altar is a prominent figure in the Old Testament.  An altar is a dedicated place of worship. The first altar ever built signified the growth of God’s relationship with His people. It moves from a simple earthen altar by Abel through Abraham and the more detailed structure that the Israelites structured after the Exodus. Prophets like Elijah raised altars to God. Altars may have varied in look and structure, but the features of worship remain true even today.

The altar was intended to be pure and set aside for worship. The altar never doubled for some other practice object in daily life.

One feature of the altar is it was raised in obedience to the commands of God. They represented a commitment to worship Him according to His prescribed order. They are actually allowing God to tell them how He wants them to worship Him. People never added any décor or embellishment that God did not prescribe. God instructed that the altar contain no man-conceived marking or shape. The altar never doubled for some other practice object in daily life. It’s one purpose is to be a place of worship.

In the New Testament, the altar of God remained the center of worship.

God still requires His altar to be kept pure, holy and set apart for Him. Unless we follow these commands, we cannot claim true worship. The difference is in the New Testament, the altar has nothing to do with physical altars. Grace has done away with a physical altar, but not the principles it embodies. The finite mind of the person needs physical representations of abstract truths. Thus, in order for us to truly understand how we are to set up altars in the modern-day, we must understand the principles, purpose, and reverence people had for altars in ancient times.

Because of the abstract nature of altar-building in the New Testament, as we cannot literally take out our hearts and offer it to God, we tend to disregard the true essence of worship and sacrifice.

The New Testament altar is the person because the Bible said we erect an altar for the Lord in our hearts. Each of us is required to raise up an altar to the Lord. We give Him our hearts, we raise up a temple. Because of the abstract nature of altar-building in the New Testament, as we cannot literally take out our hearts and offer it to God, we tend to disregard the true essence of worship and sacrifice. 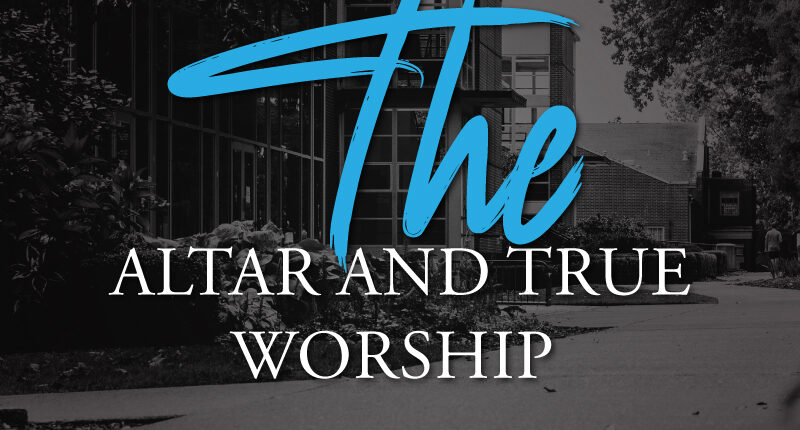