GIVING WHAT YOU HAVE: In order to make a holy dwelling for God, the Israelites had to give the right materials for the work of the Lord. Exodus 35 depicts how they gathered what they needed for this huge project. They all had a contribution to make. What is so wonderful is, God, blessed the community so that they had something to contribute.

From their example, we learn what it means to have a unified heart forgiving. One person could not have provided for the whole project. It took the Israelite community to give an offering of what they have, and what they can do for the glorious work of the Lord.

Each of what the people gave was needed somewhere in the tabernacle.  The gold, silver, and bronze were used to make the altar, ark, pillars, furniture, and utensils. The linen and yarn were used for the coverings, curtains, and veils. The animal skins covered the tabernacle itself, while the acacia wood was used to construct its framework. The oil, incense, and spices were used by the priests who served inside, with the precious stones adorning the sacred garments of the high priest. The people’s gifts were ordinary things, but they became sacred because they offered them to the Lord.

The people’s gifts were ordinary things, but they became sacred because they offered them to the Lord.

All of the materials that built the tabernacle came from the Israelites. The people gave from what they had, and in this way, they participated in God’s work. God could have made a tabernacle magically appear. However, He was working on the hearts of the people. God had a process. God made plans, but the people did the work. They experienced what it was like to be used to accomplish God’s purposes. They also experienced how God provided so that they can contribute.

God is intentional. God would not give you something that you do not need or that He does not need for you to give.

The people gave the right materials, giving God what they had. Everything they had come from God in the first place.

However, it is the grace of the Lord that allows you to receive what you can contribute so that you are part of the big picture.

The people were willing to give. God only accepts offerings that are freely given, otherwise, the curse is on the giver. Paul restated how God loves a cheerful giver (2 Cor. 9:7). Thus, the collection for the tabernacle — the contribution of the people, is a freewill offering.

Even today, we have a similar opportunity to give something to God. Everything we have comes from God in the first place. Sometimes, it is literally a building project so that the church can have a venue to meet at. However, most times, God wants you to contribute to keep the church running and to provide for His ministers. When we bring in our tithes and offerings, we are supporting God’s work through the Gospel.

Some of the offerings go to the pastor, so he can fully devote his life to prayer and the ministry of God’s Word. Some of it goes to the other ministry and support staff who help us grow in grace and serve Christ. Few of it goes to outreach among the poor and the lost in the community. Some of it goes to support the work of missions around the world. When you give to the church, do not allow the enemy to plant lies in your mind accusing your pastor and church of using the money inappropriately. The Lord is sovereign, He can deal with His ministers, as well as He can deal with anyone. Your duty is to obey and to worship the Lord. 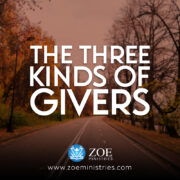 THE THREE KINDS OF GIVERS:  In the Rabbinic tradition, the proportion by which a person gives reveals the person’s heart. The generous man — the man with a good eye — gives 1/40 of his income to the priest. In other words, he gives 2.5% to the priest, on top of the 10% he gives as his tithe.

The generous man — the man with a good eye — gives 1/40 of his income to the priest.

The Târumah Offering Principle No. 11

A blessing is declared upon the entire increase by separating the târumah from the rest of the income.

The Târumah is producing that is separated from the harvest and given to the priest as a gift, and it is a personal thing for the giver. A blessing is declared upon the entire increase by separating the târumah from the rest of the income. Ideally, the person reciting the blessing must be able to hear himself say it.

Once it is separated the târumah is consumed by the priest and their families alone, and this food could not revert to the status of Hullin, or the food that is consumed by non-ministers. 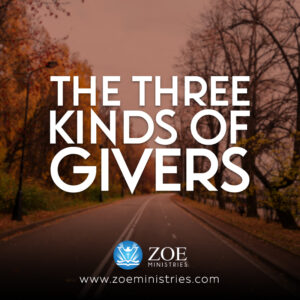