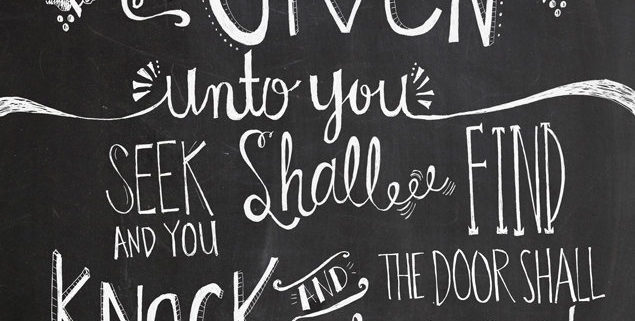 How do you claim it? It’s not really more on the name-it-claim-it philosophy the world is claiming. THAT’s not going to work. You need to ASK God, and claim it from HIM through prayer. Declaring something is yours does not make it yours. Declaring it according to the promises of Jesus, according to HIS NAME, is what makes it yours.

You have not because you ask not. This is one of the main principles that drive the success of rich people. Rich people are not afraid to ask. Why are you afraid? One of the ancient secrets that the rich knows and regularly employs is this: Asking is key to receiving.  Asking is a stronger force than just having a desire. You can desire more money, but desire alone won’t get you more money. In fact, most people desire more money, but very few have more.  Wishing for money is probably less powerful than desiring. Wishful thinking is more like a gamble or crap shoot. You really don’t get very much in life wishing on a shooting star.

You may dream about money, and still you wake up broke. Your dreams are only blueprints to the building that you are creating in life. The building will have to be erected after the prints are done. Looking at blueprints all day long will never get anything built. You have to do something. One other thing is that people who need money always look for their money in others; they look outside themselves. Everything that you will ever need in life exists on the inside of you.

The scripture tells you to ask and it will be given you. However, I believe the asking is not so much asking the God that is out there in heaven, but rather asking the God that is within you. You have to ask yourself. When you think about the reality of all that you have entered into, you had to give yourself permission to step into that reality. Whatever you ask of yourself, it will be given to you.

What is God telling you in the name of Jesus Christ today?

SUBSCRIBE
God Moves Supernaturally, When There are No Leftovers