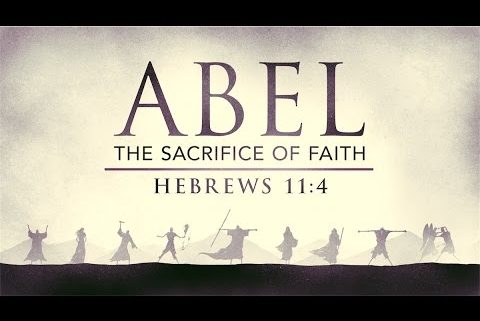 Your commitment to something bigger is rooted to your faith. At the end of the day, prophets need to have faith. Considering the ancient prophets in Israel, if they did not have a personal relationship with God, they would not have been able to place everything on the line and preach His message.

In Hebrews, we see people who belong to what we can call the “Hall of Faith.” These believers believed God for something that was beyond their limited capacities. They stepped out in faith. They committed themselves to something that was bigger than them. The passage below may be lengthy, but it details account after account about how people who took a stand for faith were able to receive their breakthroughs.

4 By faith Abel offered to God a more acceptable sacrifice than Cain’s. Through this he received approval as righteous, God himself giving approval to his gifts; he died, but through his faith he still speaks. 5 By faith Enoch was taken so that he did not experience death; and “he was not found, because God had taken him.” For it was attested before he was taken away that “he had pleased God.” 6 And without faith it is impossible to please God, for whoever would approach him must believe that he exists and that he rewards those who seek him. 7 By faith Noah, warned by God about events as yet unseen, respected the warning and built an ark to save his household; by this he condemned the world and became an heir to the righteousness that is in accordance with faith.

8 By faith Abraham obeyed when he was called to set out for a place that he was to receive as an inheritance; and he set out, not knowing where he was going. 9 By faith he stayed for a time in the land he had been promised, as in a foreign land, living in tents, as did Isaac and Jacob, who were heirs with him of the same promise. 10 For he looked forward to the city that has foundations, whose architect and builder is God. 11 By faith he received power of procreation, even though he was too old—and Sarah herself was barren—because he considered him faithful who had promised.

Each one of these prophetic leaders operated by faith in the marketplace. They all understood the limitations of their flesh. Nevertheless, they were able to “see” a future that was different from their present and past experiences for their nation. They believed for social breakthroughs that were bigger than their own capabilities. They were sure of things that they hoped for, even if people in their community doubted. They had the conviction for things that were unseen.

What is the FUTURE God is letting you SEE that is DIFFERENT from what you are seeing in the PRESENT?

Accountability for your social environment
Scroll to top