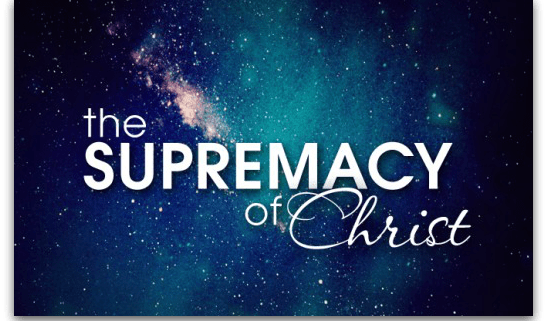 In Exodus, God calls both Moses and Aaron for divine work. He ordains Moses into the prophetic office and commands him to go before the Pharaoh of Egypt with Aaron, who would eventually become the first High Priest over Israel. God then commands the two to beseech Pharaoh to release the Israelites from captivity. Of course, Pharaoh does not comply until the tenth and most extreme sign from God sends him into (temporary) submission. The iconic Ten Plagues of Egypt exemplify that God, who has supremacy over and ownership of the world, can supernaturally rearrange the elements of the universe to perform His will.

The first of these ten plagues is the conversion of the water of the Nile River into blood. God commands Moses to “take your staff and stretch out your hand over the waters of Egypt—over its rivers, its canals, and its ponds, and its pools of water—so that they may become blood; and there shall be blood throughout the whole land of Egypt” (Ex. 7:19 NRSV). If God did not have any true or meaningful ownership of the world, He would have certainly been incapable of causing this miracle through Moses.

The second, third, and fourth plagues contained a swarm of frogs, gnats, and flies, respectively (Ex. 8:1-32). Yet, each time, the Pharaoh would agree to let the Hebrew people leave Egypt, but he would change his mind or go back on his word, hence causing the next plague to spread over the land. The fifth plague was a massacre of the Egyptian livestock, but interestingly, the Hebrew livestock were not touched (9:1-7). After this, God ushered in the sixth plague: boils.

He commanded Moses and Aaron to “Take handfuls of soot from the kiln, and let Moses throw it in the air in the sight of Pharaoh. It shall become fine dust all over the land of Egypt, and shall cause festering boils on humans and animals throughout the whole land of Egypt” (9:8-9). When Pharaoh continued to refuse to follow the Hebrew god, the seventh plague—thunder and hail–reigned upon the people, and the divine words Moses conveyed were scathing: “For by now I could have stretched out my hand and struck you and your people with pestilence, and you would have been cut off from the earth. But this is why I have let you live: to show my power, and to make my name resound through all the earth” (9:15).

In this message from God, the reader sees the Lord’s power over His creations. This furthers the argument that the earth is God’s. Furthermore, God’s power over us reveals His ownership of our persons and His righteous dealing with us thereof. Had God wished, he could have struck Pharaoh with death within a mere moment; yet, this was not His will. His will desired to express His omnipotent ownership over the earth and the futility of men in their pursuit to rule over it.

The eighth plague against the Egyptians was a swarm of locusts, which “shall cover the surface of the land, so that no one will be able to see the land. They shall devour the last remnant left you after the hail, and they shall devour every tree of yours that grows in the field” (Ex. 10:5 NRSV). God’s power in this plague again reveals his providence over the creeping things of the earth.

The ninth plague is a plague of supernatural darkness. God owns not only this world, but even the planets in our solar system, our sun, our moon. He is also able to cease the rotation of the earth supernaturally. The entire universe belongs to God and God alone.

The tenth plague first comes with a warning. Moses beseeched Pharaoh to relent telling him of the future massacre of the firstborn Egyptians. Nevertheless, because of his hardened heart, Pharaoh refused to submit to God’s authority, making the plague stay. Because of this, “At midnight the Lord struck down all the firstborn in the land of Egypt, from the firstborn of Pharaoh who sat on his throne to the firstborn of the prisoner who was in the dungeon… and there was a loud cry in Egypt, for there was not a house without someone dead.” (Ex. 12:29-30).

In the story of Moses and Aaron, God exemplifies through those whom He calls His divine ownership of the earth and His providence over the natural workings of the universe. If we want to imitate Moses and Aaron in their godliness, we must also warn those who refuse to acknowledge God’s supreme ownership over the world when judgment comes near. Also, we need to remember that God requires rulers to subject themselves to His rule. Therefore, let us avoid becoming like Pharaoh, who thought that he had possessed more authority than God over the earth. Pharaoh also hardened his heart because of his foolish thinking.

How are you being like the Pharaoh, possessing more power than the Lord over the earth?

SUBSCRIBE
PETER AND JOHN AS THE SALT AND THE LIGHT

THE DEATH OF BEAUTY IN INDUSTRIALIZATION
Scroll to top