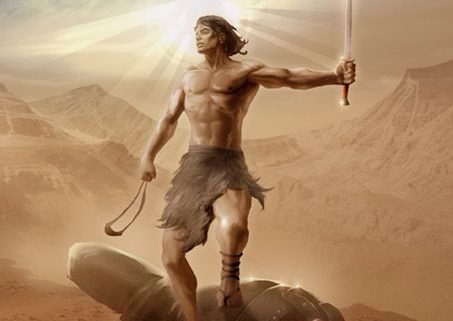 David experienced living life both “on the court” and “in the stands”. He was a mighty warrior. Most of the time, we see him at the frontline, leading his army into victory.

The first and most popular story about David is the one where he was able to defeat Goliath, the giant Philistine. Here he was a young shepherd boy, armed with his slingshot, five pebbles and his faith in the Lord.

There are numerous moments like this when David placed himself on the court. He allowed himself to do the purposes of God. However, there was one time, wherein he intentionally he placed himself in the stands.

There was a time wherein he did not go with his men to a battle. He stayed behind. He took himself out of the court. This got him in trouble.

The adultery that David committed was done when he was off the court. He was idle. He was not in action. The product of being off the court can lead you to sin even if you are King David, man after God’s own heart. Always make it a point to be on the court. To be in control. This is most true when it comes to obeying God. When you operate from the stands, you allow yourself to be tempted and you fall for it. On the other hand, on the court, you are intentional about avoiding sin at all costs.

Find out how you can inspire people. Archbishop Jordan’s book, Power of Prophetic Communication Workbook is now available via the Book of the Month Club.

Not only does the Book of the Month Club provide a pathway to knowledge, wisdom and insight, it also sets you up to be in attendance at the Spring Session of Prophecology 2018: Birthing House: The Latter Rain, February 23-25, 2018.

Go to and join the club now!

What would you need to do differently to move from the stands unto the courts?

MASTERING THE LANGUAGE OF THE FUTURE
Scroll to top