What does the Bible say?

Although God did not institute the gathering at Mizpah, it arose from the Israelites’ desire and recognition that God would deliver them from the Philistines even without a physical king to lead them into battles. Samuel himself resided at Rama, with frequent visits to the various stations that required him to attend to offer judgments.

The manifestations at Mizpah turned what seemed to be a doomed ceremony into a triumphant revelation of God’s will to protect the Israelites. God was watching the progress of the tradition right from heaven, the prayer, the confessions, fasting, and the offering made at the altar at Mizpah.

There are many celebrations around the world. The United Nations has a roster that schedules every other important day annually, even though various national jurisdictions have ceremonial days declared accordingly.

There are also other globally recognized days that though emanating from Christianity, have unfurled into generic ceremonies. One of them is Christmas day. In the hearts of Christians, it’s a commemoration of the birth of our Lord, Jesus Christ. To pagans, it’s a day to make merry as they await the eve of the New Year. It’s a ceremonial moment to recollect and welcome salvation into our hearts in memory of the nativity of Jesus. Most accomplished Christians take time at church and spike that with an act of charity and Merry Christmas.

In the hearts of Christians, it’s a commemoration of the birth of our Lord, Jesus Christ.

When Christ was alive with us, he, too, underscored the place of ceremonies. Mary seemed to have the understanding that Jesus could work miracles. However, Christ appeared to disagree with Mary’s timing. By then, Christ had kept a low profile by just being known as the son of a carpenter, Joseph.

Nevertheless, when he changed the water into wine, the mystery remained with Mary herself since even the master of the ceremony could not discern why the best wine was being served while it was too late into the ceremony.

According to the guidance that God gave Moses, the Israelites were to live in love with one another, observing the annual ceremonies.

He’d installed among them. In the spirit of being one another’s keeper, the Israelites were to spare some little harvests and leave them deliberately in the fields for strangers and those with no means to fend for themselves.

In the spirit of being one another’s keeper, the Israelites were to spare some little harvests and leave them deliberately in the fields for strangers and those with no means to fend for themselves.

What do we see in the world?

Besides the ordinary festivities, God requested a dedication of all firstborns. That’s why Christ was brought over into the synagogue with a presentation of turtle doves. So above everything, Christ’s spirit to embrace and entrench the Law of Moses is evident right into the festivities in the life of Christ.

We should invoke the presence of God in the many ceremonies that find a way into our lives. In its entirety, finding space for God and giving Him the necessary precedence is not the most challenging thing. We are calling God before and after a journey is as simple as saying a prayer, whether audible or in the silence of the heart.

Even though things may happen in very noisy surroundings, that’s not deterrence enough. God can hear the voice of the heart in terms of requests, praises, and reverence to Him.

In the busyness of this season, LET’S FIND SPACE TO CELEBRATE JESUS.

Demystifying ceremonies and being able to re-create them into simple tasks is the very essence of Christian living. The very simple prayers are what make a fundamental difference. Let’s make things simple. One doesn’t have to pray for hours continuously.

No. Say a five minutes prayer before heading out for the day. Thank God for the cup of tea and toast before taking it for lunch and dinner. When done repeatedly, we can shed off the ceremonial bits and become part of daily habits that build in you the passion for praying as believers. Merry Christmas to all! 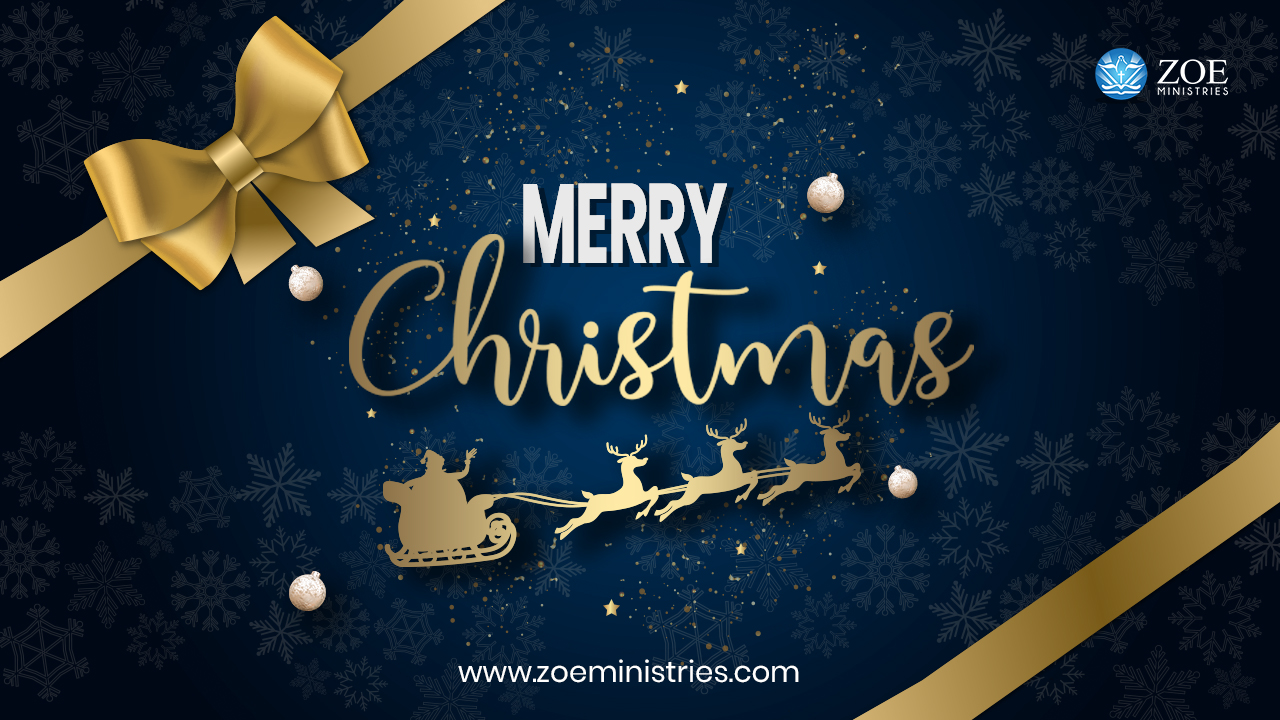