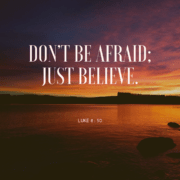 THE MONEY MOVES WELL – Your spiritual self already possesses a lot; money is not even an issue anymore. The only thing left is for you to believe.

Do not live in lack. Do not live in want. You must feel and live in the abundance of God. This truth must be exposed. The enemy has been trying to deceive you into thinking there is lack in this universe, which is the craziest thing you can ever believe. Feel the money in your consciousness — there is an abundance in the spiritual realm. You already have it yet the money moves well.

What did Jesus say in the face of disbelief? He said, “Don’t be afraid; just believe” (Lk. 8:50).  Practice this declaration. Make it personal for your situation. 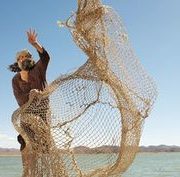 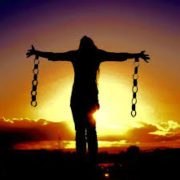 The prophet Samuel interceded for the people of Israel. He did it by making a sacrifice. While the sacrifice was burning with the smoke of it, his prayers ascended into heaven on behalf of Israel.

9 So Samuel took a sucking lamb and offered it as a whole burnt offering to the Lord; Samuel cried out to the Lord for Israel, and the Lord answered him. 10 As Samuel was offering up the burnt offering, the Philistines drew near to attack Israel; but the Lord thundered with a mighty voice that day against the Philistines and threw them into confusion; and they were routed before Israel. (1 Samuel 7:9-10 NRSV)

Samuel offered a burnt-offering — a whole burnt-offering, to the Lord.  Samuel made intercession with a sacrifice. We can only intercede when we are willing to sacrifice. The sacrifice costs us something.

How did God respond to the prophet’s sacrifice? God gave him a gracious answer. The Lord heard him. Samuel asked and God granted it. The Israelites had victory in the battle against the Philistines. The power of God was highly magnified because of this incident. When God answers us, when we sacrifice our offerings on our spiritual altars, He is also glorified.

Don’t miss out on our LIVE conference call and see what it means like to take control of HOW you experience life.  Here are ways to join:

Question: What is it that God telling you to sacrifice to put a stop to whatever curse or stronghold that is present in your life? 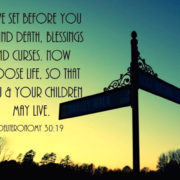 A person gets lost in what other people think about him. Operating in the flesh, this person is concerned with image. He allows tasks, rules, standards, and the urgency and scope of being in the realities of this world rule his ways of being. Needless to say, these things take hold of choices for possibilities.

Martin Heidegger calls this invisible pressure from other people to conform the “they.”  The “they” has concealed the way it has silently robbed the individual of the choice between “yes” or “no.” It becomes unclear who is really choosing what.

When you allow the “they” to rob you of your choices, you get caught up with inauthenticity. Therefore, when you have an inauthentic existence, your behavior and everything in your being is out of integrity. This is because who you know yourself to be is different from who you are being. Note that the process to integrity and authenticity can only be experienced once again when you take your existence back from the “they”.

Visit Prophecology to learn more about being your authentic self.

Who/what are the “they’s” in your life right now that are robbing you of your choices? 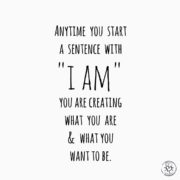 God created the world, and everything in it, out of nothing.

“Let there be light,” God commanded and there was light. In the story of creation, we saw the power of distinction. Our ability to distinguish something allows us to bring something into its own existence. In our own lives, we distinguish our experiences as “problems” or “opportunities” or we label people as either “good” or “evil” and so they become according to our word.

Learn more about the power of distinction, join us in our daily conference calls and be equipped to live the life you’ve always longed for.

Here are ways to join:

Try this activity right now: DISTINGUISH your strengths, weaknesses, opportunities, and threats in fulfilling your purpose in the Lord. 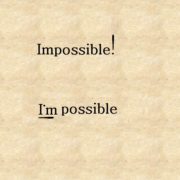 Being one with God means, as long as we are living in integrity of being a Christian nothing is impossible with us as well. Christ is in us and he is never terrified of the circumstance we are facing. We may be going through storms, but Jesus is not afraid because he can calm the storm. If Jesus is not afraid, and he is in us, then there is nothing to fear.

Faith bonds us to the Lord. Therefore, it is also what allows us to make the IMPOSSIBLE a reality.  In Mark 11:22-24, it is written:

And Jesus answered them, “Have faith in God. Truly, I say to you, whoever says to this mountain, ‘Be taken up and thrown into the sea,’ and does not doubt in his heart, but believes that what he says will come to pass, it will be done for him. Therefore I tell you, whatever you ask in prayer, believe that you have received it, and it will be yours.

Join us in our next conference call:

What mountains are you moving this year? List them and by faith consider them MOVED, in Jesus’ Name!

“…Let us make man in our image, after our likeness: and let them have dominion over the fish of the
sea…” (Genesis 1:26) God created man for the purpose of having dominion. If you don’t understand your purpose, you will be disillusioned and unable to exercise your true rulership, because whatever situations you don’t have control over, those situations will have control over you.

One way in which people fail to understand their purpose of demonstrating dominion in the earth is by operating out of a principle of lack. God puts your treasure in an earthen vessel. However, many people look up into the sky for a “treasure” that is hidden in an “earthen vessel.” Until you understand from where God brings the harvest, you will not work the “field.” If you want to work the “field,” then get into your earthen vessel.

Notice that treasures in the natural earth are in the deep. You have to go into the deep to find gold and diamonds. Pearls are in the deep. In order for an oyster to produce a pearl, the oyster must endure the intrusion of an irritant in its mouth. The irritant is under pressure, but in time it will become a pearl.

“…Let them have dominion over the fish of the sea, and over the fowl of the air, and over the cattle, and over all the earth, and over every creeping thing that creepeth upon the earth. So God created man in His own image, in the image of God created he him, male and female created them.” (Genesis 1:26-27)

One of man’s greatest downfalls is that we do things in isolation. God did not make man in isolation. Some people are trying to work their miracle in isolation. When Elisha told the woman to go and borrow vessels, and not just a few, she knew that she could not fulfill the prophet’s request alone. (1 Kings 4:1-6) She was sensible enough to (1) call on her sons and (2) send her sons to borrow pots from others. You cannot work miracles in isolation.

You cannot come into wealth through isolation, regardless of how tirelessly you work. Talk to any smart business person and he will tell you that he did not become wealthy independently. He assembled a team, and together they found customers and clients. They were in the business of pleasing someone else.