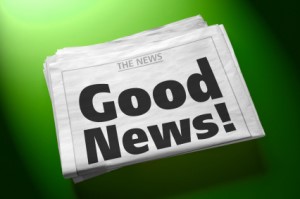 If we wish to emulate the apostolic church claim that the apostles were God’s inspired men of God who gave to us God’s words, and believe that the apostles were the first churchmen of the Christian faith, then we must conform to the thinking and practices of the apostles. Acts may be the single most evangelistic book in existence; it has a great multitude of sermons from the apostles and sinners repenting their sins in hopes of being saved by God. In Acts, the Lord’s angel commanded Philip to “go toward the south to the road that goes down from Jerusalem to Gaza” (Acts 8:26 NRSV). Being faithful to the Lord and to the evangelistic work set out for him from the Great Commission, Philip obeyed the command, rose, and went. The road he took was a vast expanse of desert and sand; however, he never complained or refused to set out on this mission. The Bible reveals that “he rose and went” (v.27a).

On his way to Gaza, Philip met an Ethiopian court official, who was a eunuch and a treasurer of the queen’s stores. By way of inference, he was likely Jewish: “he had come to Jerusalem to worship” (v. 27b). As this man was returning to Ethiopia from worshipping, he was reading the Book of Isaiah. When Philip saw this, he approached the eunuch at the urging of the Spirit (v.29). Philip asked, “Do you know what you are reading?” The eunuch replied, “How can I, unless someone guides me?” The man invited Philip to sit with him on the chariot to explain the passage he was reading (vv.30-31).

The passage the eunuch was reading was, “Like a sheep he was led to slaughter and like a lamb before its shearer is silent, so he opens his mouth. In his humiliation justice was denied him. Who can describe this generation? For his life is taken away from the earth,” (Acts 8:33; cf. Isa. 53:7). When the eunuch asked Philip what this Old Testament prophecy meant, Philip “opened his mouth, and beginning with this Scripture, he told him the good news [gospel] about Jesus,” (v.34).

Immediately after hearing the gospel, the chariot passed a body of water. The eunuch commanded for the chariot to stop, asking Philip, “See, here is water! What prevents me from being baptized?” He went down into the water, and Philip baptized him (vv.36-40). After this evangelistic work, “the Lord carried Philip away, and the eunuch saw him no more, and went on his way rejoicing,” (v.39).

Philip was no holier than you or me. He was an ordinary man, whom God called to carry the gospel to his neighbor. Just like Philip, who was commanded to go down the road and explain the gospel and the prophecies concerning Jesus to a Jew, we are also admonished to do God’s work in going to our neighbor in love to explain the hope we have because of Christ’s life and work.

Philip did not know exactly where he was going, or to whom he was going to speak, but his willingness and humility in this story is the ideal attitude of a Christian who commits to evangelizing the world. Therefore, when God asks us to go somewhere, we should not complain about difficulties we might face. Instead, we must comply joyfully, for our God works enormous wonders for us and our salvation. Because we have Christ’s light, we are called to share this salvation with everyone around us.

The Bible explicitly mandates Christians to care for the poor. Tending to their spiritual nourishment is equally important as assuring their physical well-being. According to Robert Wafanawaka, “A disregard of this mandate [of the gospel] will result in the continued existence of poverty. The fact that poverty has existed from ancient to modern times is a testament to the violation of a basic biblical mandate. Without doing something drastic about the situation of the poor, it is evident in both biblical and contemporary times that the poor will always be there.”

Can we actually convert the entire world to Christianity? Can the Church transform the today’s social apathy into compassion to help the poor? Perhaps not; however, the possibility is there. Whether it is plausible for the entire world to be evangelized or not, Christ’s command still stands immortally. We are called to care for the poor both spiritually and physically. We must not separate these two, lest our actions be void of true compassion.

What possibilities for faith are you believing God for?

Isaiah as a Social Prophet
Scroll to top